The BBNaija Housemates in person of Tacha and Seyi seem to been forming some friendSHIP or RelationSHIP bond at the moment as the two where caught on camera exchanging a very deep and passionate huge moments ago. 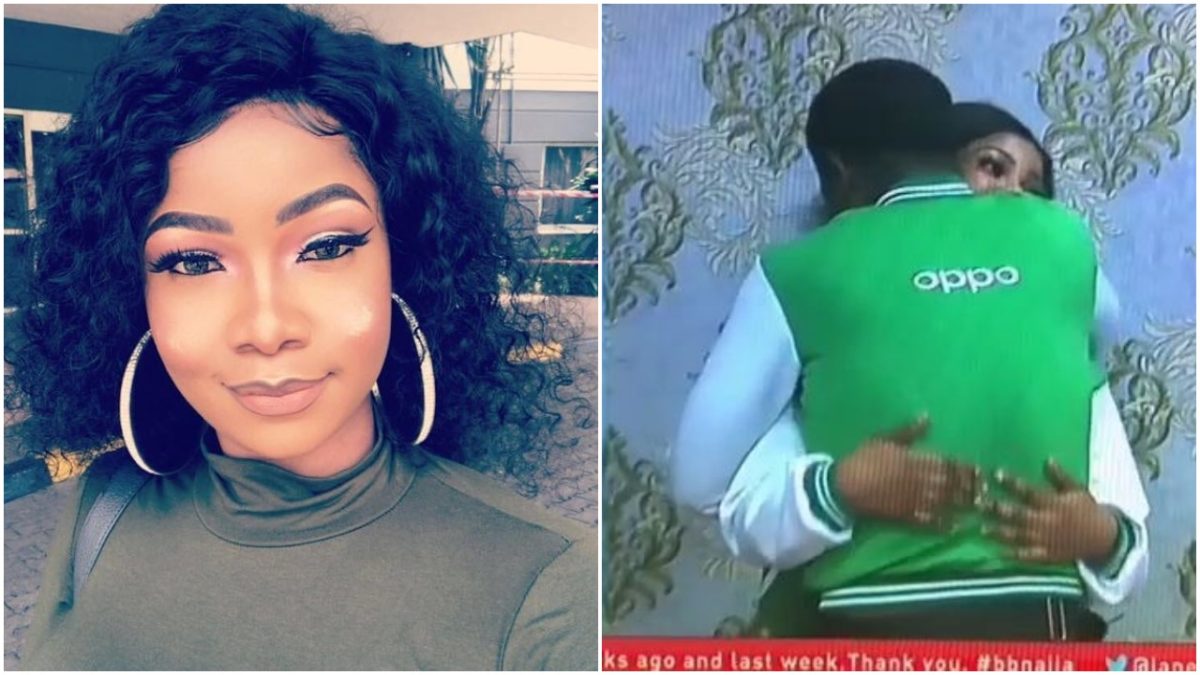 The cohabitation of housemates, Seyi, and Tacha in the Secret Room two weeks ago did more than just mere bonding between the two but a back-to-back pairing in the same group for weekly tasks seemed to be more than just coincidence as emotions and feelings coupled with being confined in a space for what maybe 99 days for the two.

Seyi, who has times without number made it known that he has a girlfriend outside the house may be gradually developing a soft spot for Tacha.

READ ALSO
#BBNAIJA: There Should Be a “World Jaruma Day” – Ella Declares (Photo)

With the preparation of this week’s pageantry task, he was seen glued to Tacha’s body as he engaged her in a warm, tight hug, fondling her waistline.

A slight noise on the door seemed to have jolted them back to reality, while they returned to the act before Sir Dee interrupted the chemistry.

Apologizing for intruding into their privacy, Sir Dee asked, “are you guys done”, of which Seyireplied, “It’s okay, it was about to get more than a hug”.

Sweetest in the middle!! – Venita brags as she slays in a leopard skin outfit (Photo)

#BBNAIJA: Khloe tempt fans with hot body as she enjoy time out at Maldives Island (Photo)

Olumide Oluwaseyi - November 20, 2015 0
The New Minister of Power,works and housing Raji Babatunde Fashola just 24 hours after his announcement has minister of power has began work at his office...

LOVEBIRDS! Cee-c And Leo Dish Out Couple Goals As They Host Their First Event...

Violette - July 28, 2018 0
Former big brother Naija housemates, Cee-C and Leo, who have been sparking dating rumours after the reality show, have had their first hosting duty...

Olumide Oluwaseyi - April 12, 2015 0
Kendall Jenner as been in the news a lot recently, and it seems things have been turning out good for her and her junior...

Olumide Oluwaseyi - October 28, 2018 0
The Ghanaian actress on Wednesday, 24th October 2018 celebrated her 34th birthday. She shared stunning photos on her social media pages to celebrate her...

Olumide Oluwaseyi - May 28, 2018 0
Former Minister of Finance, Ngozi Okonjo-Iweala, has addressed what she has described as “mischief makers” trying to distort what is written in her book, “Fighting...