Disney couldn’t get their hands on handsome Styles as he has decided not to play the role given him in the remake of ‘The Little Mermaid’ movie.

One Direction artiste, Harry Styles has declined an offer to play ‘Prince Eric’ role due to reasons that can be best explained by him. 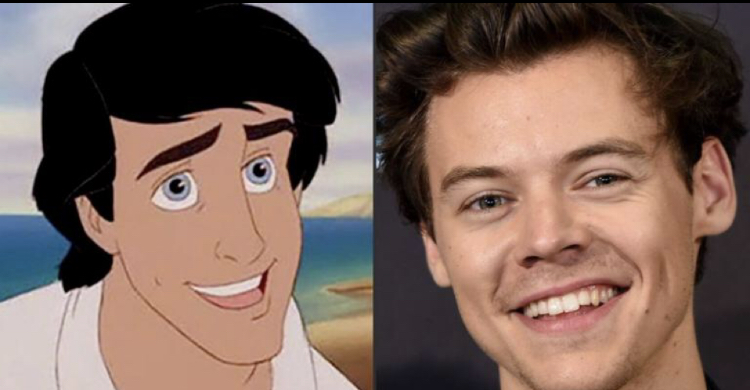 Disney in their quest to bring to light several old movies and rejuvenate the love for them, has picked a few celebrities to cast them in the remake of their movies.

Singer Halle Bailey will player the role of ‘Ariel’ in the Disney remake of ‘The Little Mermaid’ alongside Actress Queen Latifah who will play ‘Ursula.’

However, Disney will have to go look for another cast to play the role of the Prince before production starts in 2020.

Do you think Disney should consider casting an African-American character like Bailey?

Harry Edward Styles is an English singer, songwriter, and actor. His musical career began in 2010 when he auditioned for the British singing competition The X Factor. He was eliminated early on, but was brought back to form the boy band One Direction. The band finished in third place and signed with Syco.

Olumide Oluwaseyi - November 30, 2018 0
Popular Nollywood actor, IK Ogbonna and his Colombian wife,Sonia Morales have been plagued with breakup rumors for months now. While speaking in an exclusive interview with radio...

Adedokun Moses - January 28, 2020 0
Female singer and recording artiste, Simi has taken to her Instagram Page to celebrate her husband, Adekunle Gold who added a year to his...

My govt will no longer tolerate killing, kidnapping —Buhari

Violette - January 31, 2018 0
President Muhammadu Buhari on Tuesday warned that his government would no longer tolerate wanton killings and kidnapping by hoodlums. President Buhari also vowed that...

Toke Makinwa reveals how her life changed within 5 years (Screenshot)