After putting $1million on his head for whoever provides information about where he is, Hamza Bin Laden has been killed in an air strike by the United States.

Hamza Bin Laden was the son of the late Al-Qaeda Leader, Osama Bin-Laden, a high profiled terrorist known to have caused the Americans great pain.

Report says that Hamza had released videos and audios threatening to attack the US and other countries, just like his father did. This made the US government offer an amount of $1 million to anyone who can help locate him.

Hamza was feared to become just like his father and after he took over the Al-Qaeda Terrorists group. However, there has been no retaliation after his death from the Al-Qaeda group yet. 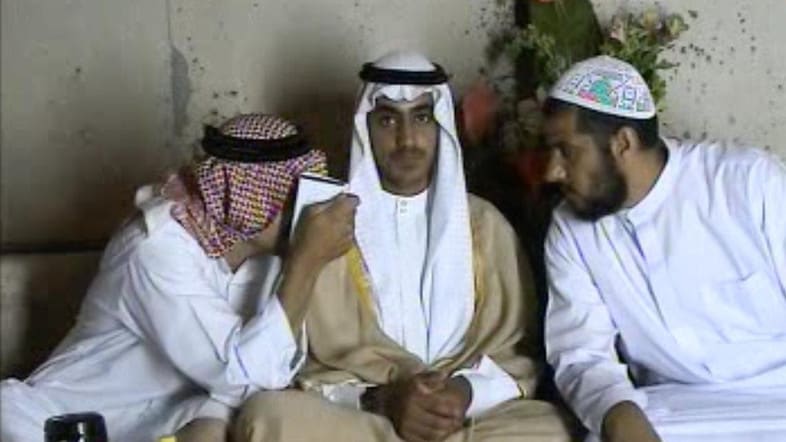 In 2011, his father, Osama Bin-Laden was killed by US Special Forces in Pakistan. Osama was believed to have approved the 9/11 attack on US soil. The 9/11 attack was a terrorist attack which took the lives of more than 3,000 people in America on 11th September 2001.

Hamza in recent years released audios and videos to the Americans and threatened to avenge his father’s death. This made the Americans take immediate action and eliminate him.

Olumide Oluwaseyi - April 26, 2018 0
Mavin artiste, Korede Bello who graduated from the Nigerian Institute of Journalism with a distinction in Mass Communication (HND),just four days ago has explained...

Olumide Oluwaseyi - December 6, 2018 0
Some corps members who were traveling for the National Youth Service Corps, NYSC camp, were involved in a motor accident in Katsina State. According to...

When is the appropriate time to stop kissing our Son?? Toyin Lawani ask

Adedokun Moses - October 12, 2019 0
Popular Nigeria Fashionista, Toyin Lawani is at it again as she has asked her fans followers an intriguing question about motherhood. Toyin Lawani who has...

Olumide Oluwaseyi - August 31, 2017 0
NEW YORK (AP) — Canadian teenager Denis Shapovalov got a little taste of late-night life at the U.S. Open along the way to knocking...