The album which will allegedly feature artistes like Mr Eazi, Bisa Kdei, Idris Elba, KiDi, Wande Coal, Stonebwoy, Efya and more. This is on the bases that, Sarkodie posted a short video on his social media page where all these acts and more were spotted in the video.

He made his album release announcement on his Twitter page. 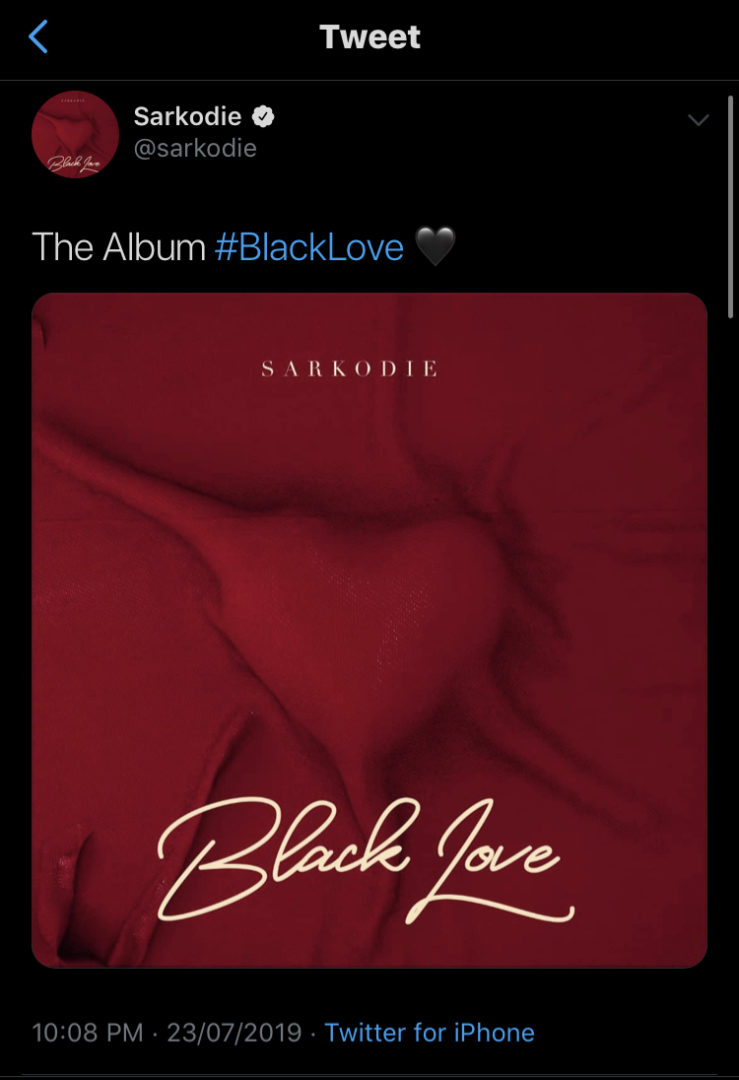 Many people claim that Sarkodie was pained because Shatta Wale got the feature over him. Claiming to be Ghana’s most ‘powerful’ export in music, it would not be a surprise if he was chosen over Shatta Wale but it seems it never came through.

After Shatta Wale’s selection, Sarkodie took to Twitter to congratulate him but Shatta ‘rubbished’ it and called Sarkodie a hypocrite.

In concern to the album, people are so expectant to see if he will feature a very top musician in America, most likely, Kanye West, as he (Sarkodie) was seen in the studio with West’s producers.

Earlier this year, Sarkodie released a tape titled “Alpha.” He has 4 studio albums and one live album to his name.