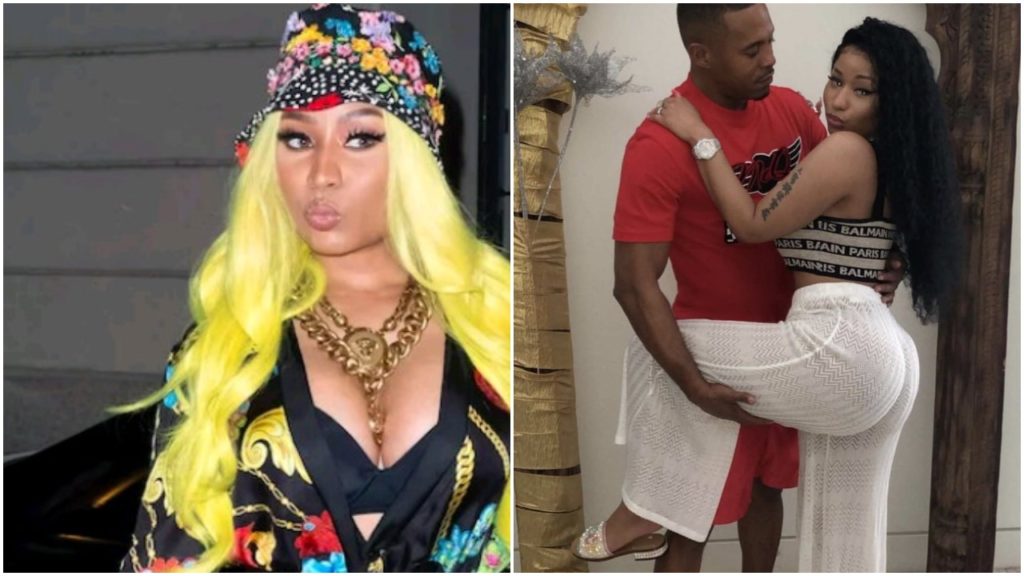 US pop star and Rapper, Nicki Minaj has confirmed she is set to marry Kenneth Petty after revealing they have obtained a marriage license. 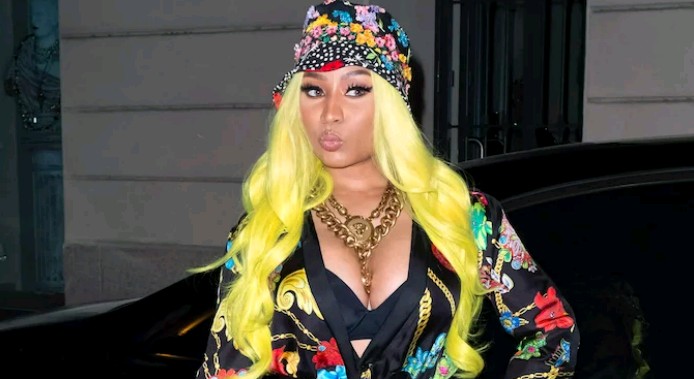 The rapper and Kenneth have been dating for more than seven months when they went official with their relationship on Instagram.

She has since spoken about the choice to get the permit with her ‘significant other’, (which she called him )while discussing their night schedule on her Queen Radio show on Apple Music’s Beats 1 radio.

‘We did get our marriage license. I think I have what I was striving for, just happiness.‘It was so hard to get to a happy place. Now that I’m there, I don’t want to compromise that for anyone or anything,’ she said. 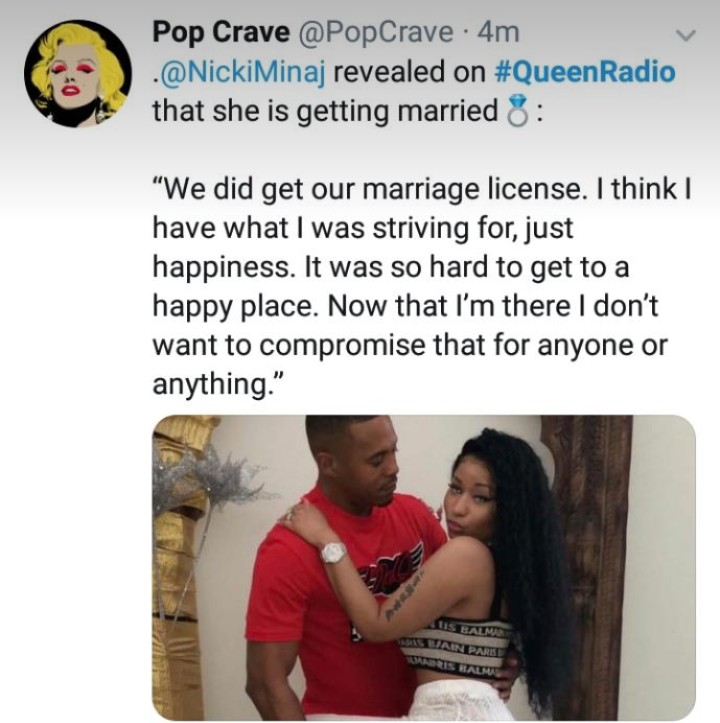 Nicki alluded to her other half as ‘spouse’ when she said Kenneth gives her a cherishing foot rub each night after her shower, yet conceded that they were not yet legitimately hitched. 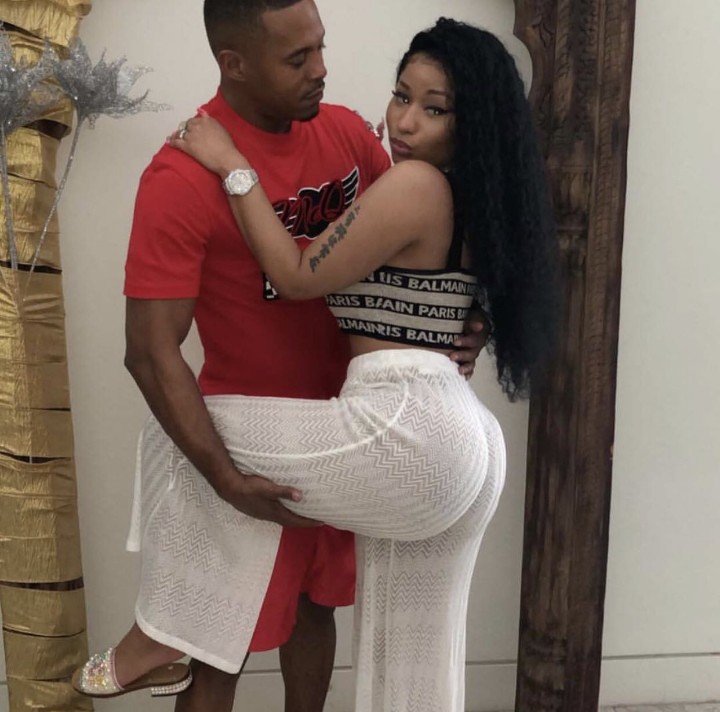 ‘Every night when I get out of the shower, my husband takes this really good lotion that we just bought, and he massages my feet and rubs them, and he rubs each toe individually, and the heel, and the ball of my foot, and he does it all.

It’s just so sexy,’ she said. The Chun Li rapper recently praised Kenneth for making her feel ’empowered’, and said she is in the ‘best place’ she’s been in a long time ‘spiritually’.

She said: ‘If I’m being honest, spiritually, I’m at the best place I’ve been in a long time.

‘I think who you have in your life determines how you feel spiritually. I’m happy now with or without a man, but it just so happens the man in my life, he’s known me since I was 14,’ she added.

‘He knows the real me, I don’t have to pretend. We can be around each other all day and not get bored.

‘There’s a different level of friendship and passion I’ve never had before. So nurturing and knows just what to say to make me feel empowered.