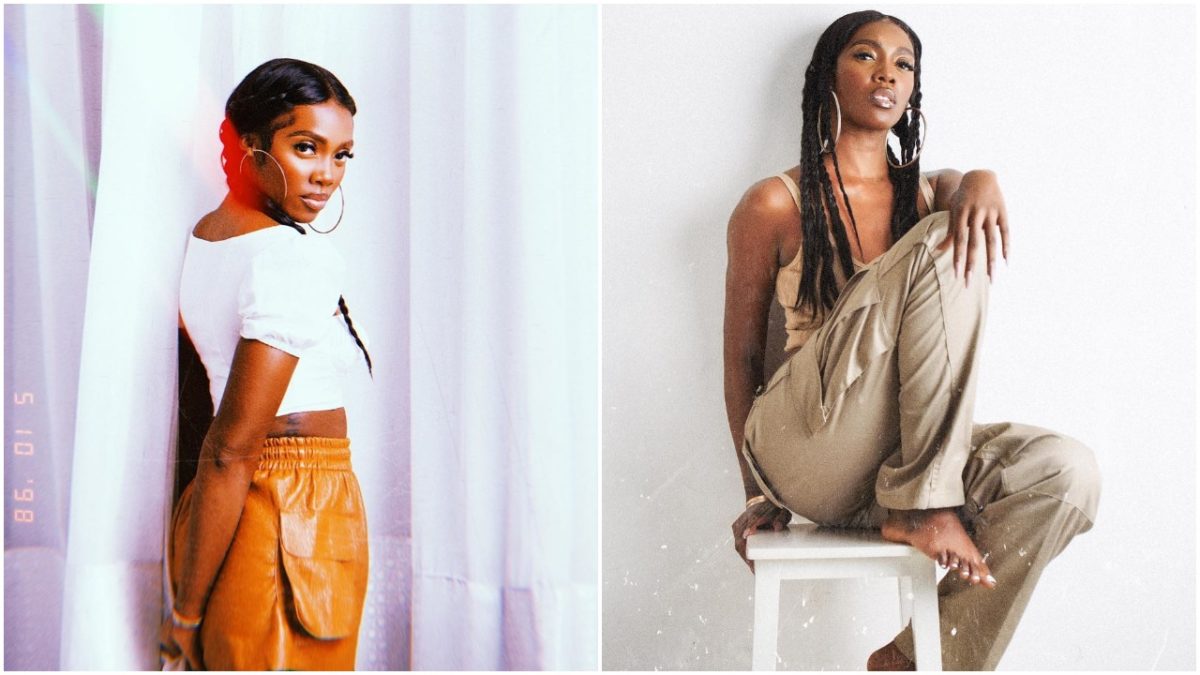 Popular Nigerian Female single, Tiwa Savage  hours ago posted on her insta story that she has never ever watched the most popular TV Series on the Planet Game of Thrones which finally ended on Sunday night after 8 long years and 8 long seasons. 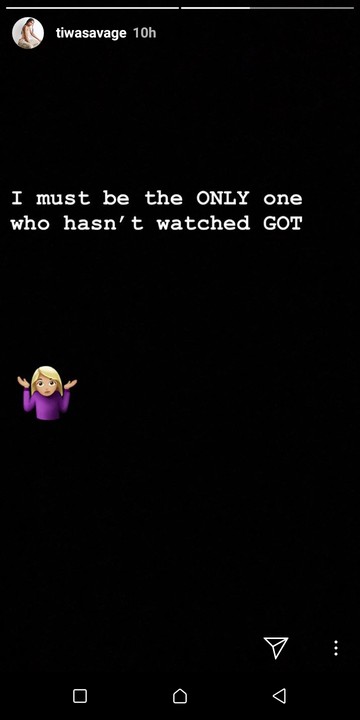 Lailasnews reports that despite the HBO hit series having a huge following in Nigeria and was always a major trend on social media, Tiwa Savage didn’t get moved a bit to even catch a glimpse of what the hype was all about.

The final episode of Game of Thrones aired two nights ago and didn’t go without a fair share of praises and criticism.

However, not minding the criticisms, one of the stars of the show, Emilia Clarke, believes the show ended appropriately.

“After 10 years of working on this show, it’s logical. Where else can she go?” she told Entertainment Weekly.
“I tried to think what the ending will be. It’s not like she’s suddenly going to go, ‘Okay, I’m gonna put a kettle on and put cookies in the oven and we’ll just sit down and have a lovely time and pop a few kids out.’ That was never going to happen. She’s a Targaryen.”

Clarke went on to explain how the later stages of her relationship with Jon Snow proved integral to the story of Dany’s death.

“She’s too far down the line. She’s killed so many people already. I can’t turn this ship around. It’s too much,” she added.
“One by one, you see all these strings being cut. And there’s just this last thread she’s holding onto: There’s this boy. And she thinks, ‘He loves me, and I think that’s enough.’… it’s just that hope and wishing that finally there is someone who accepts her for everything she is and … he f—king doesn’t.”