Ghanaian actress, Yvonne Okoro has advised men to marry a strong woman like her who will beat them if there dare touch her. 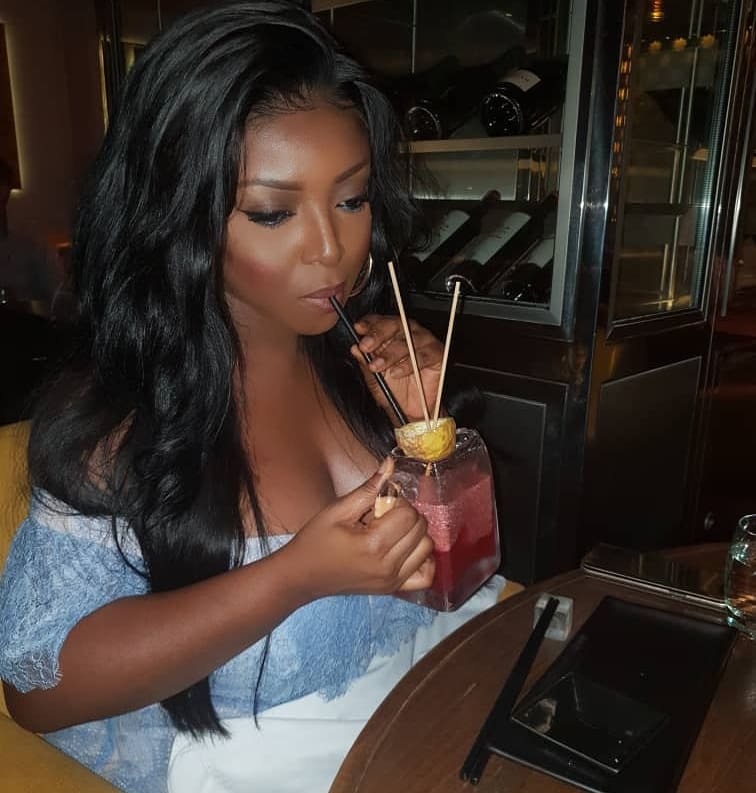 Yvonne Okoro shared made this known on Instagram in celebration of International Women’s Day.

In the post, Yvonne Okoro stated that a weak woman’s reaction to a man’s criticism is to run to her parents weeping. According to her, any man who feels he’s strong enough should not marry such a woman.

“Don’t marry a weak woman; when you criticise her she weeps and goes to the parents but marry a strong woman like me, if you beat her, she will beat the hell out of you and the loser will prepare dinner”, she wrote. 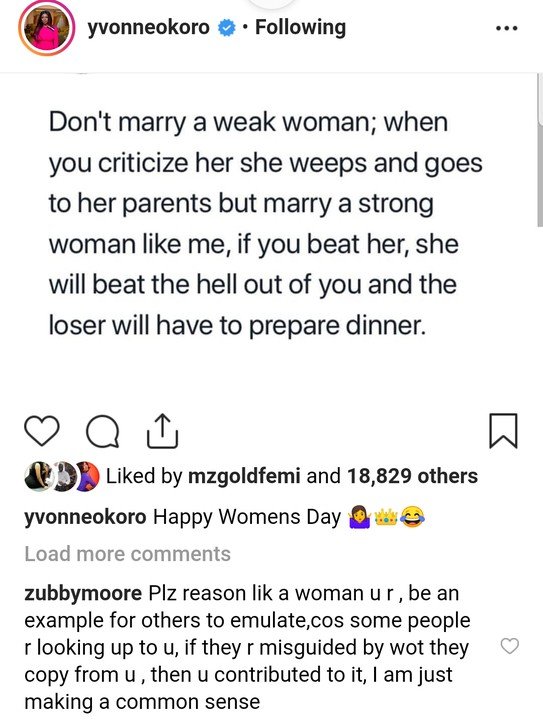 READ ALSO
BBNaija: Mercy Eke shakes body as she has 1.4 million followers on the gram (video)

Violette - July 26, 2018 0
Justin Bieber is lending a helping hand. The 24-year-old “Sorry” pop superstar was seen handing money to a homeless man while out to lunch by...

What led to killing of ex-minister’s daughter – Family Lawyer

creebhills - October 21, 2018 0
Kayode Ajulo, the lawyer hired to prosecute the police over the killing of an ex-minister’s daughter, Anita Akapson, who was shot dead in Abuja...

creebhills - December 12, 2018 0
The best way to be sexually aroused nowadays is not really by watching adult films. All you need to do is pay attention to...