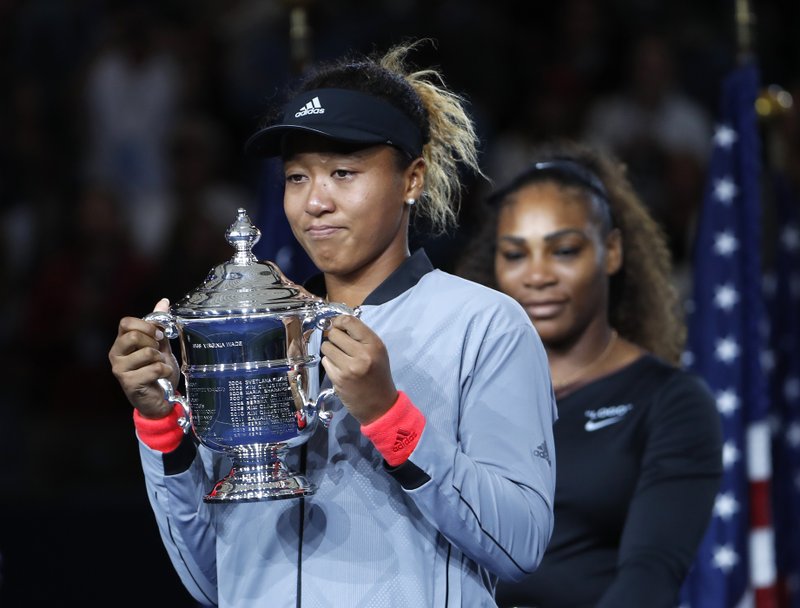 The last time Williams played the Australian Open she beat out older sister, Venus, in the 2017 final. Remarkably, Serena won the last of her 23 Grand Slam trophies while pregnant and would give birth to daughter, Alexis Olympia, in September of that year.

Since returning in March 2017, it’s been an up-and-down ride for Serena with her best results coming in two final finishes at last year’s Wimbledon and U.S. Open.

The U.S. Open saw her lose to Naomi Osaka and get into a verbal confrontation with umpire Carlos Ramos during the championship match.

There won’t be another dream Williams sister grand finale at the Australian Open this year. They would face each other in the fourth round for a spot in the quarterfinals. Serena is the No. 16 seed.

To get that far, Venus will likely have to bypass top seed Simona Halep in the third round.

Osaka, who comes into the Australian Open as the last Grand Slam winner of the 2018 season, is the No. 4 seed. She could play Serena in the semifinals if both make it that far.

On the men’s side, fans could get a semifinal clash between Roger Federer and Rafael Nadal. The second-seeded Nadal appears to have an easier path through his quarter of the draw, but there’s always concerns about the Spaniard’s fragility when it comes to his body constantly breaking down.

Nadal’s first few rounds could see him spoiling the Australian Open for a number of homegrown players. His first-round opponent is Australian wildcard recipient James Duckworth.

His second-round match could be against another Aussie, Matthew Ebden, and his first potential seed lines up as 27th-seed Alex De Minaur, a 19-year-old Sydney native who plays a similar brand of tennis to former Australian champion Lleyton Hewitt.

The three most likely quarterfinal challenges looming for Nadal would be fifth seed Kevin Anderson of South Africa, the 2017 Wimbledon runner-up; ninth seed John Isner of the U.S., or 20th seed Grigor Dimitrov.

It’s worth noting that Dimitrov, long considered an underachiever as well as former boyfriend of Maria Sharapova, spent the off-season training in Las Vegas under the tutelage of Andre Agassi and could have his serious game-face on in Melbourne.

Federer, the champion here the past two years, is in the hunt for his 21st Grand Slam trophy. The Swiss sensation has three heavy-hitters to worry about in his quarter of the draw.

First up could be 14th seed Stefanos Tsitsipas of Greece in the fourth round. At age 20, Tsitsipas is ranked 15th in the world, making him the youngest player currently in the top 20.