Khadija Ibrahim the Minister of State for Foreign Affairs, has tendered their resignation.

Ibrahim tendered her resignation letter today January 9th and according to her she did this so she could contest in the February 16th House of Representatives election in Yobe. 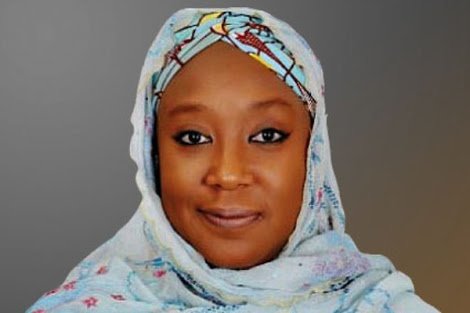 Khadija picked the ticket of the All Progressives Congress in October 2018.

Recall that she had last year contested against and defeated her son-in law, Mohammed Bukar-Ibrahim, to pick the ticket of the All Progressives Congress in October 2018.

READ ALSO
Obasanjo’s Letter To Me Was Abusive – Buhari

‘Only God will reward Abacha for transforming Nigeria , Abacha saved over $9 billion in foreign reserves before he died’ – Hamza Al-Mustapha

Music: Skynny – Flying In The Air

creebhills - August 27, 2018 0
Having introduced "Skynny" we must say there is no regret as he finally drops the much anticipated debut "Flying In The Air." With real name,...

Adedokun Moses - May 4, 2020 0
Female singer and songwriter, Seyi Shay has advised her female counterparts on what to look for before dating a guy. With women known for having...

creebhills - July 2, 2018 0
Former BBNaija 2018 housemate, Ahneeka has come to the defence of Khloe after she was mocked by a troll, following the romantic date night...

I No Longer Wear Clothes That Flaunt My Cleavages Anyhow, I Have Repented —...

creebhills - July 8, 2018 0
Brazen and buxom actress, Anita Joseph, was once the item of salacious news until lately. The affable thespian speaks about her new life, romance...

“God Is The Only Sugar Daddy I Have”- Lizzy Anjorin

creebhills - July 21, 2018 0
Nollywood actress, Liz Anjorin, who recently converted from Christianity to Islam has revealed the source of her success. In a chat with PUNCH, the delectable actress...