Singer, Kizz Daniel who is a force to reckon with in the nigerian music industry in a new post shared a photo of himself as he struck a pose with his cars in his newly completed mansion. 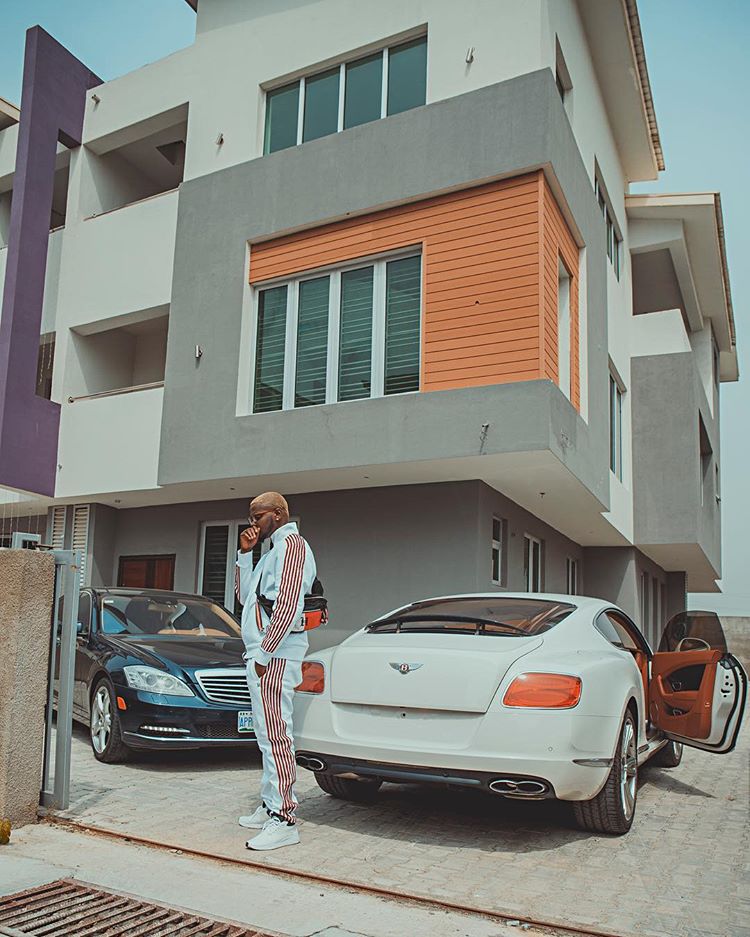 The Flyboyinc CEO released his much awaited album titled No bad songz on the 30th of november 2018 and it had been rated so far as one of the best masterpiece album by any Nigerian Artist in 2018.

Kizz Daniel was formerly signed to G- Worldwide Entertainment, whom had accused the artist of contractual agreement bridge.

The case has been in Court over a year now.