Charity Nnaji has reacted to report of getting shamed by Mompha, who called her out for calling him ‘stingy’ because he refused giving her money. 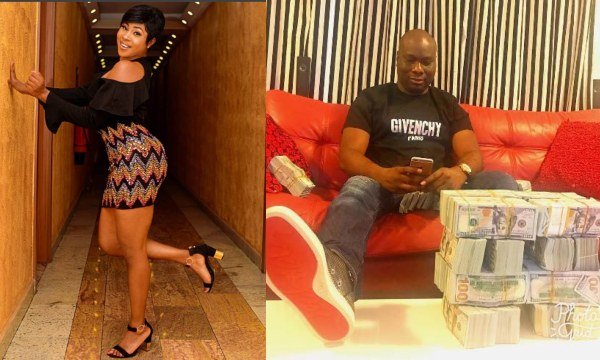 We reported that Mompha who shared a screenshot of their chat, stated that some people are ‘born to be online beggars’.

However Charity Nnaji who reacted to this via Instagram after turning off the comment section of her page, wrote; 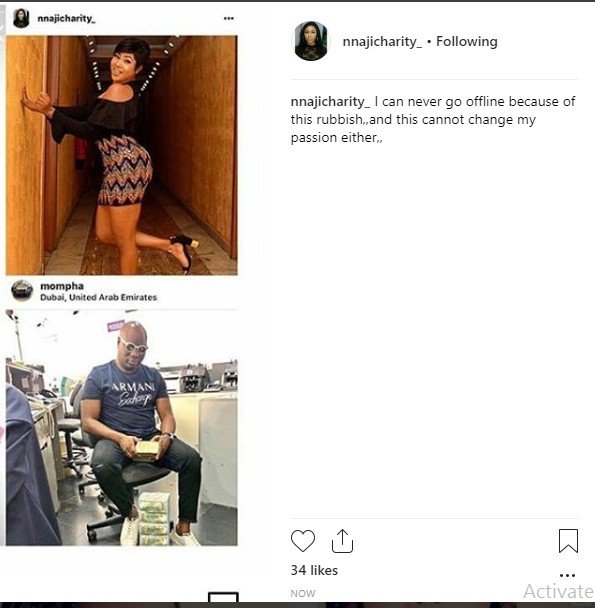 Olumide Oluwaseyi - April 10, 2019 0
TV and show host, Bolanle Olukanni has showed off her stretch marks and revealed how it affected her confidence at a young age. Sharing lovely...

Moment Singer, Harrysong Gifts A Fan His Belongings While Performing On Stage in Asaba...

Adedokun Moses - December 1, 2019 0
It was a memorable night for a fan of Harrysong in Asaba as he was gifted with valuable gifts.Harrysong who was giving fans a...

Kanye West Drives Out in his $750,000 all Black Lamborghini

Olumide Oluwaseyi - December 25, 2016 0
The 39-year-old was Photographed Leaving his gated mansion in La in his all black Lamborghini worth $750,000. Kanye and Kim had been Reportedly having issues...