24-year-old Zizo Apleni decided to speak about her rape ordeal at the start of the 16 Days of Activism Against Gender-Based Violence in South Africa. 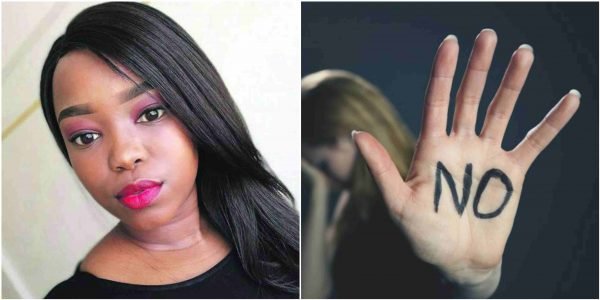 Zizo is a gender activist and has written the book, My Father Took My Innocence after she was raped by her father between 2001 and 2013.

She was seven when the first incident occurred.

“When I got home, I told my father what our hostel manager told us. He started threatening me and said I should never report it, because no one would believe me.”

Her mum didn’t know about it until 2013, when Zizo fell pregnant.

“I told her my father had been raping me for years. We reported it to the police and he was bust the same day. I was helped to abort the baby. In 2016, he was sentenced to 12 years in prison. My mum was very supportive.”

Eluncedweni community-based support centre project manager Nombasa Matwele said: “Rape cases must be reported. Our message is residents must guard each other.”

Actress Tonto Dikeh says her former body shape will be yours if you say...

Joel Adesina - June 5, 2020 0
One of the famous and renowned Nigeria celebrity who is popular, sometimes, because of her shape. Tonto Dikeh who is a single mother and a...

Olumide Oluwaseyi - June 27, 2017 0
Nicki Minaj and 2 Chainz provided some musical entertainment at the NBA Awards! SCROLL DOWN FOR VIDEO The duo took took to the stage on Monday...

Photos: Watch Davido Drop on Center Stage From Above At His “Live In Concert”

Olumide Oluwaseyi - December 28, 2018 0
Davido closes the year with his grand annual end of the year headline concert which happening at the Eko Atlantic tagged " City of...