Football legend, Thierry Henry, has now been officially unveiled as the new coach of French club,Monaco. 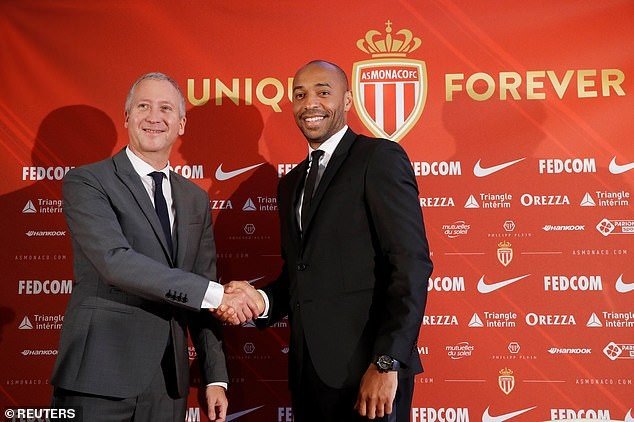 France and Arsenal 41-year-old football star, was unveiled as the new manager of the club at a press conference.

Thierry Henry, while Speaking at his first press conference after his new appointment said: “Pep for me is the reference. We learnt how to play the game when I went to Barcelona under him.” 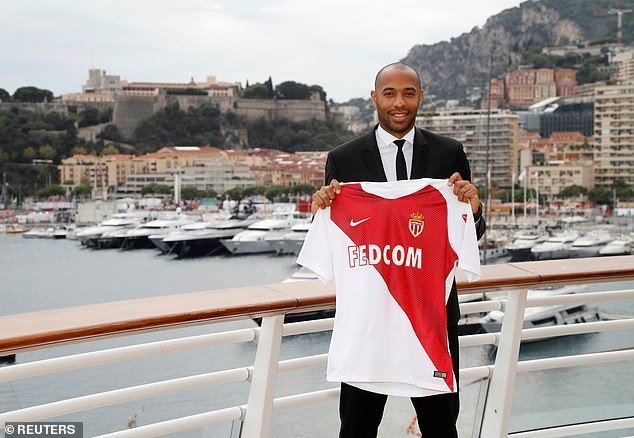 ‘The invention he had in the game; he’s well ahead of the game, I saw it closely.

‘You learn from people; they inspire you. But you also need to put your own little mix in it.

Speaking further, he said; ‘Talking about the managers that I had; I learnt with a lot of them, every single one of them. Whether they challenged me, whether sometimes they were doing the wrong stuff; that’s when you learn the most – when things are not going well.”

He continued, “But if I talked about Arsene, Arsene unlocked a lot of stuff in my mind, made me understand what it was to be a professional, what it was to perform. I will never forget that. You know the relationship I had with him so I will always carry some of the stuff that he was doing. A lot of people (also) inspired me in France.” 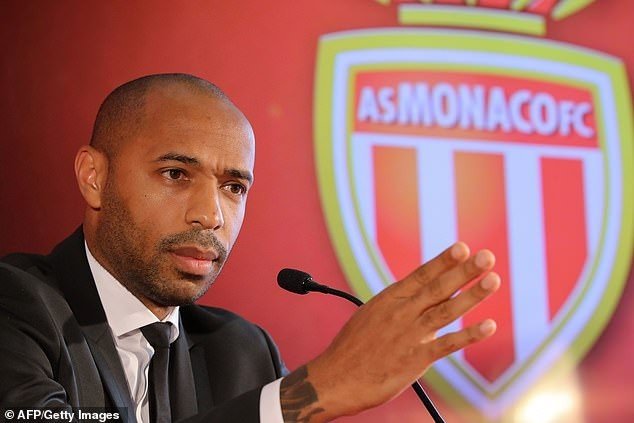 Henry who won seven trophies at Barcelona under Pep Guardiola, added, “For me, a coach is supposed to make people better.”

Pep Guardiola is going to provide the ‘reference’ for football legend, Thierry Henry as he begins his managerial career at Monaco, his new club.

The Manchester City manager had worked with Henry while at Barcelona, and the Frenchman recognises Guardiola sets the standard he needs.

READ ALSO – Meet the sex robot no woman ‘can resist’