Arsenal and French legend, Thierry Henry has been appointed the new head coach of Monégasque club, Monaco as he takes his first steps in football management. 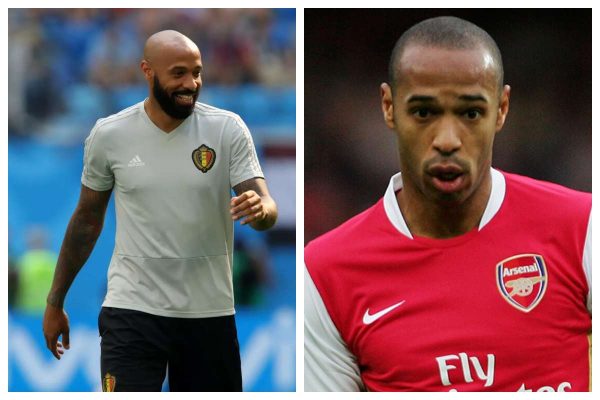 As Henry stood on the touchlines during a Belgium v Switzerland Nations League game on Friday, the website of L’Equipe said the 1998 World Cup winner “has agreed” to a three-year deal with the club and would be unveiled after the weekend.

Henry will take his first steps into management at the club where he began his professional career, and has signed a three-year contract.

The Frenchman obviously went on to greater heights, joining Juventus, then the Gunners and then Barcelona, but he spent six years with the Principality club and is delighted to be making a return.

“In the first place, I thank AS Monaco for giving me the opportunity to coach the team of this club which is so special to me,” he said.

“I am very happy to come back to AS Monaco and extremely determined to meet the challenges ahead. I can not wait to meet the players to start working together.”

Henry had worked alongside former Everton boss Roberto Martinez in the Belgium set-up, and helped the side to a third-placed finish at the World Cup in Russia.

Vadim Vasilyev, Monaco’s vice president, has already waxed lyrical about the appointment, made after the sacking of Leonardo Jardim earlier this week.