IK Ogbonna’s wife, Sonia whose recent move of yanking off her husband’s name raised eyebrows and suspicion of a marital crisis, might have just confirmed that they are no longer together with her new post. 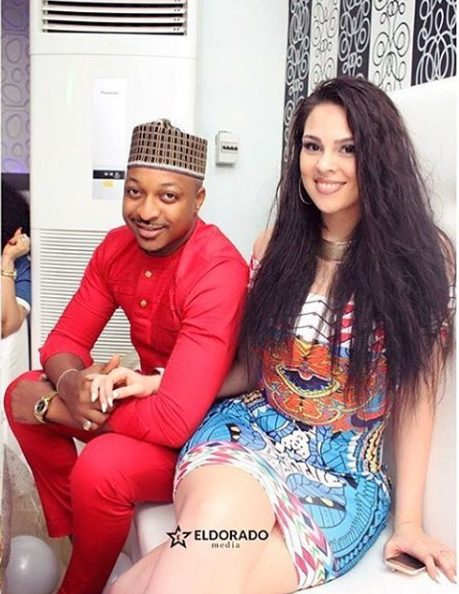 IK Ogbonna’s wife who shared a new photo with her son, wrote;

“Got so many people in their feelings like dang pele fam LOL Smile ,life is so f*in beautiful! Discovering Belgium ?? with my G was super fun . Ace saw this monument of a a naked boy (its a symbol of the city so it’s all over) so he too wanted to remove his pants and pee on the main street I was like bro this EU ,put ur trouser up before police comes to deport us ”

Few months ago, Sonia made headlines after she disclosed what she and her husband did to avoid divorce.

According to her, they grew to understand the process of being together which requires shunning ego and stubbornness.

Penning down an emotional post to her husband, Sonia, mother of IK’s second child, Ace, wrote;

”Happy relationship is not found, it’s built. Its okay to be confused, scared and lost. We can’t know something we never experienced before. When we did wrong it was simply because we didn’t know better. Now we do. It’s a process.

Then you learn how to remove pride (Igbo man VS feministic,”i know it all” kinda independent stubborn alpha woman = you can only imagine?) and listen to UNDERSTAND because you care,and NOT to REPLY satisfy your ego because you want to prove him/her “wrong”.

It took us some time, but that’s also just fine. Thank God we didn’t divorce every time we thought of it when times were harsh ??Otherwise I would not be able to discover that you can fall in love with same person more then once.

The most genuine & exceptional male creature I have ever come across. Bless you . Thank you for all the happiness ❤.”

Adedokun Moses - October 27, 2019 0
With rumours circulating that the superstar were dating, a rumour which seems to have been put to bed, has just been fuelled by the...

House Of Reps In Rowdy Session Over Shiites, El-Zakzaky and other related violence

Violette - July 23, 2019 0
The lower chamber of the national assembly, hence, the House of Representatives has turned petitions over the force compliance of the Kaduna State government...

I missed the lifestyle of flying around – Mr P says (photo)

Joel Adesina - May 31, 2020 0
Missing flying around is possible when all international airports are closed. Mr P who is a music star and producer says that he really do...