Voluptuous and curvy Nollywood actress, Pat Ugwu, just in her usual manner, has caused a stir once again, and this time she claims real men only go for one round of sex and it is only the not-so-wealthy ones that spend eternity on women. 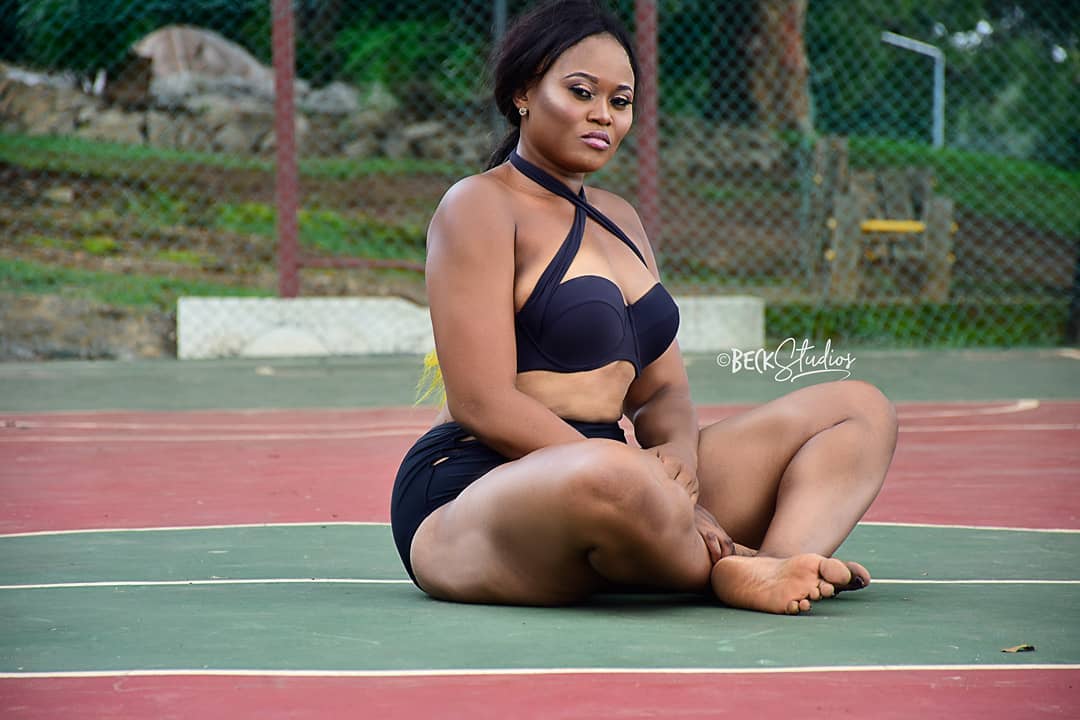 Not many women feel so free to discuss sex, let alone how many rounds they could handle in a night. But this is not the case with Pat Ugwu.
Pat, unleashed the bomb in an Instagram post with sensuous pictures, saying real men only go one round.

“Real men do one round and sleep, but the jobless ones will hit it overnight like they are releasing their poverty inside your honey pot”, she wrote.
For many women around the world, any man who lacks the capacity to last long in bed is considered lazy and poor in bed, but it appears this line of thinking doesn’t jell with the screen diva.
Knocks, kudos trail age differences among couples Pat Ugwu is one of the most daring upcoming actresses in Nollywood.

Her Instagram handle @patpatugwu is replete with sensuous pictures of her, flaunting her well-shaped backside. Apart from acting, she writes, sings, dances and models.