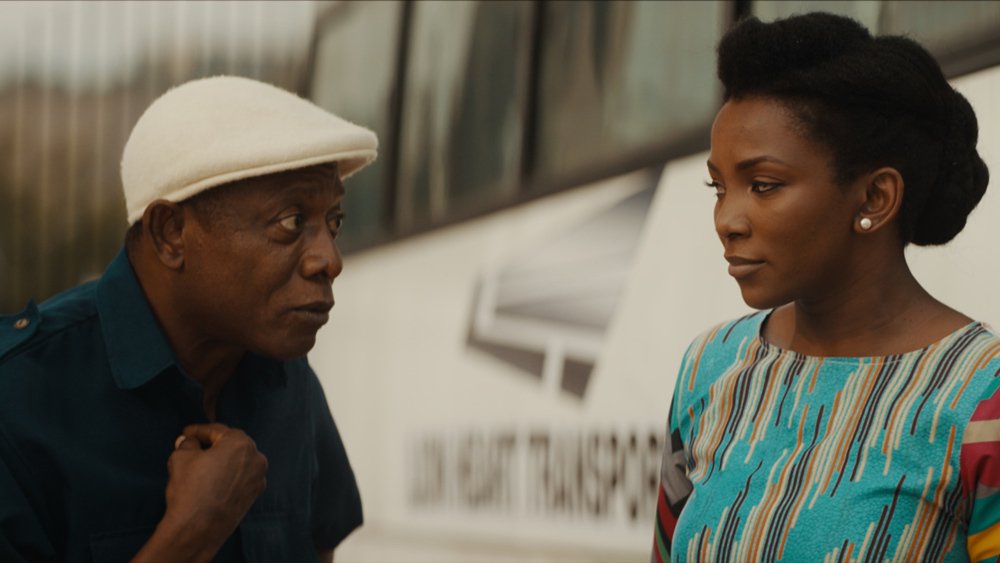 Genevieve Nnaji’s movie Lion Heart which will premiere at TIFF on Saturday, has stars like Nkem Owoh, Pete Edochie, and Onyeka Onwenu. The announcement made on Friday by Netflix, makes the comic movie the first Netflix original film from Nigeria.

Variety reported that the story follows a daughter who’s forced to work with her feckless uncle in order to save her father’s ailing bus company. Nnaji plays Adaeze, a level-headed executive in her father’s bus company, Lionheart Transport. When her father (played by Edochie) falls ill, both she and her rival (Kalu Egbui Ikeagwu) are passed over in favor of the uncle, played by Owoh.

Complications arise when they discover that the family business is in dire financial straits — leading to absurd results as they try to save the company. The film also touches on everyday sexism that saturates the workplace, as well as the delicate balance between honoring one’s family while finding the courage to strike out on one’s own.

The movie which is produced by T.E.N. — The Entertainment Network, was written by Genevieve Nnaji, Chinny Onwugbenu, Ishaya Bako, Emil Garuba, and C.J. Obasi. The movie is also the veteran actress’ directorial debut.

Genevieve Nnaji, an actress who has an undeniable star power, made her debut as a producer in 2015 with the movie “Road to Yesterday.” The movie raked in 30 million naira at the box office. It is safe to say that the movie was that successful because of the name ‘Genevieve Nnaji.’ Also, the movie was her come-back after about four years and her fans couldn’t wait to get reacquainted with her acting skills.

It was also gathered that Nnaji did an amazing job in assembling known performers, who are popular for pulling their audience into their projects with their delivery skills.

Nineteen Year Old Breaks A New Record In The US Air Force (See What...

Violette - December 11, 2018 0
David Imoh Umoette, a 19 year old from Awa in Onna LGA of Akwa Ibom State, has broken the record as the youngest Nigerian...

Adorable Photos From 9ice’s Wedding Engagement With His babymama, Olasunkanmi

Ex-South Africa president Jacob Zuma to be charged with corruption

Eddie Andy - March 16, 2018 0
South Africa's former president Jacob Zuma will be charged with corruption over a massive arms deal in the 1990s. The country's chief prosecutor has said...

Olumide Oluwaseyi - April 18, 2018 0
S.A actress Pearl Thusi is a snack and she knows this.  The stunning actress has again gotten many tongues wagging following topless photos of herself...