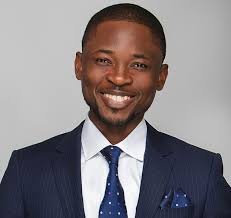 An investigation by LeadersNG into the activities of the promoters of
67millionyouth Initiative has revealed that many of them are proxy
working for President Muhammadu Buhari’s re-election bid.
A presidency source who pleaded not to be named told LeadersNG that
the Senior Special adviser to the president on Social Investment
Programs, Ismael Ahmed is the brain behind the project. 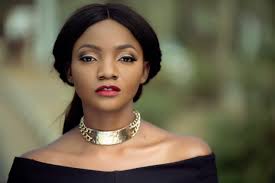 The source further stated that many of the promoters of the project
were actually those that worked for President Buhari’s emergence in
2015. The source said, it was not an easy task in convincing the
promoters to get on the project as many of them voiced out their
frustration with the administration and the manner they were discarded
after helping the president to win the 2015 election. 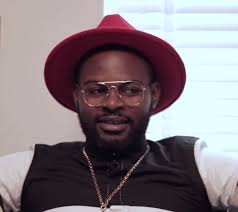 Though the organizers of the project said the 67MillionYouth Initiative
is a coalition of Nigerians with the mandate to galvanize active youth
participation in politics and leadership in Nigeria, our source told us in
confidence that the initiative is aimed at galvanizing support for
President Buhari who has lost popularity amongst the youths.

Most of the Trustees of the initiative are active members of the All
Progressives Congress with few others from other political parties
which make up the list to make the initiative look non-partisan.
One of the trustees by name, Debola Williams co-owned the RED
media with Chude Jideonwo, that vigorously campaigned for the
Nigerian leader to become president in 2015.
The RED media according to LeadersNG investigation was contracted in
2014 by the then DG of Buhari’s Campaign Organization, Mr Rotimi
Amaechi to help launder the image of the Nigerian leader whom many
believed was a perpetual runner and unelectable leader.
On the list of the 67millionyouth are prominent APC members and
artistes who have been contracted to use their huge followership to
sway young people.
Most of the delegates on the 67millionYouth initiative are aides of the
President, ministers, principal officers of the National Assembly and
governors elected under the platform of the All Progressives Congress.

LeadersNG also gathered that one of the delegates, Nigerian R&B
artiste, Bankole Wellington AKA Mr Banky W has been contracted by
President Buhari’s administration to promote the president’s re-
election bid under the guise of the 67millionYouth initiative. Her
colleague Simi is alleged to have been contracted also.
Banky W earlier this year announced the dissolution of the record label
arm Empire Mates Entertainment (EME), which he co-founded with the
son of former Director-General of the Nigerian Civil Aviation Authority,
Harold Demuren.
The singer in an Instagram post said, EME’s business venture will now
be marketing, advertising, public relations, branding, shooting of
television commercials and documentaries.
He named TV personality, Ebuka Obi-Uchendu, OAP Tolu ‘Toolz’ Oniru,
wife of Captain Tunde Demuren, DJ Xclusive, and Adesua Etomi as the
first set of clients of the rebranded company.
LeadersNG through a presidential source learned, the campaign
organisation is in contact with many A-list artistes, many of whom are
indifferent to President Buhari’s brand and have said they can’t put
their careers on the line for a president who is believed to have
performed below average.
However, many of the delegates LeadersNG spoke with before filing
this report said they were surprised to find their names on the list as
they were not informed before putting up their names.
“The organizers are just looking for a way to legitimize their fraud! I
was never at anytime, a member of any youths group” . A delegate
whose name was included on the list without her consent told
LeadersNG.
Our Investigation further revealed that the sum of Two Hundred Million
Naira (N200M) has been budgeted for the project to take off. The
money LeadersNG learned was sourced from the NNPC through the
SSA to the President on Social Investment Programs, Ismael Ahmed.

Meanwhile, some online commentators have taken to their twitter
handles to voice their distrust with the 67millionyouth initiative.
Many of the commentators have questioned the integrity of the
characters behind the initiative as majority of the trustees were the
same set of youths that actively participated in bringing the current
administration to power.
See tweets below:
[html]
67 Million Youths Initiative has the following
members:
Abubakar Sadiq Aruwa
Ahmed Buhari
Bashir Ahmad (Aide to President Buhari)
Iyinoluwa Aboyeji
Japhet Omojuwa
Rinsola Abiola
Seun Onigbinde
I challenge these guys to use their chest to change
name to APC Youth Initiative (AYI) pic.twitter.com/
b44iEYAiTE
— Uchenna (@Demoore90210) July 26, 2018

“You are a mascot for mental illness” – Jim Iyke blasts fan

Olumide Oluwaseyi - September 1, 2018 0
Nollywood actor, Jim Iyke is taking no prisoners this season as he unleashes insults on fans who attempt to taunt him with his recent...

Adedokun Moses - November 3, 2019 0
Media Personality, Toke Makinwa today November 3rd 2019 added one year to her years and she has taken to her Instagram Page to celebrate...

Serena Williams Leather But Not Flawless as she downs Kings, 6-3, 6-3 to Reach...

Olumide Oluwaseyi - September 2, 2016 0
Serena Moved into the 3R of the US Open 2016 in a not so flawless fashion according to the 22 times Grand Slam Champion. She was leather throughout...

Olumide Oluwaseyi - August 11, 2016 0
The last lady in the Kardashian Empire turned 19 year-old yesterday and its been all fun for her as she and a few friends...

Amber Rose Steps out in A Black Fishnet Dress showing of Her Bra And...

Olumide Oluwaseyi - November 12, 2015 0
If you talking about someone that commands attention on every corner of California city, then there is only one person.    Amber Rose,she made fame has a stripper and pole...