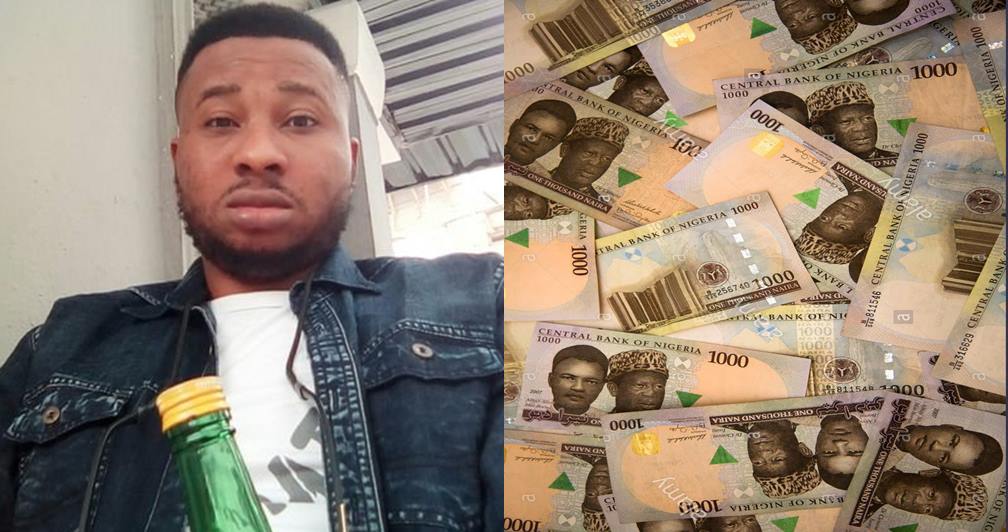 A Nigerian man who found a missing bundle of money in his shop and returned it is upset because of the meagre sum the owner gave him as a reward.

Ifeanyi took to Twitter to reveal that a customer forgot 500,000 Naira in his shop. The owner returned the following day to ask if Ifeanyi saw the money and he claims he told him “no” at first, then as the man was leaving, he called him back and gave him the money

As a reward, the man gave him only 2,000 Naira and this has angered Ifeanyi who says he expected more than that. He says he now wishes he could go back in time and change things.

Social media users have called him out for doing the right thing only because he was expecting a reward. While others advised him to have no regrets because every good deed has a reward that can not be quantified in monetary terms