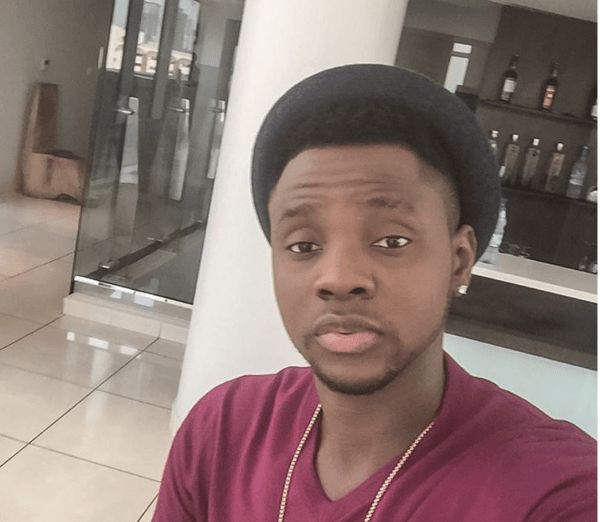 Never Trust Me With Your Girlfriend – Kiss Daniel Nigerian singer, Kiss Daniel, has confessed to a male fan on Twitter that he could snatch his girlfriend if given a chance.
The fan @kenfrosh wanted him to say hi to his girlfriend, insisting that he would appreciate it than money. He tweeted;

am not asking u for money or anything, I just nid u to just say hi to my girlfriend who has been there for me over 2years..I nid her to feel special getting to hear ur voice.. Flyboi ..plz do this for me.. _ 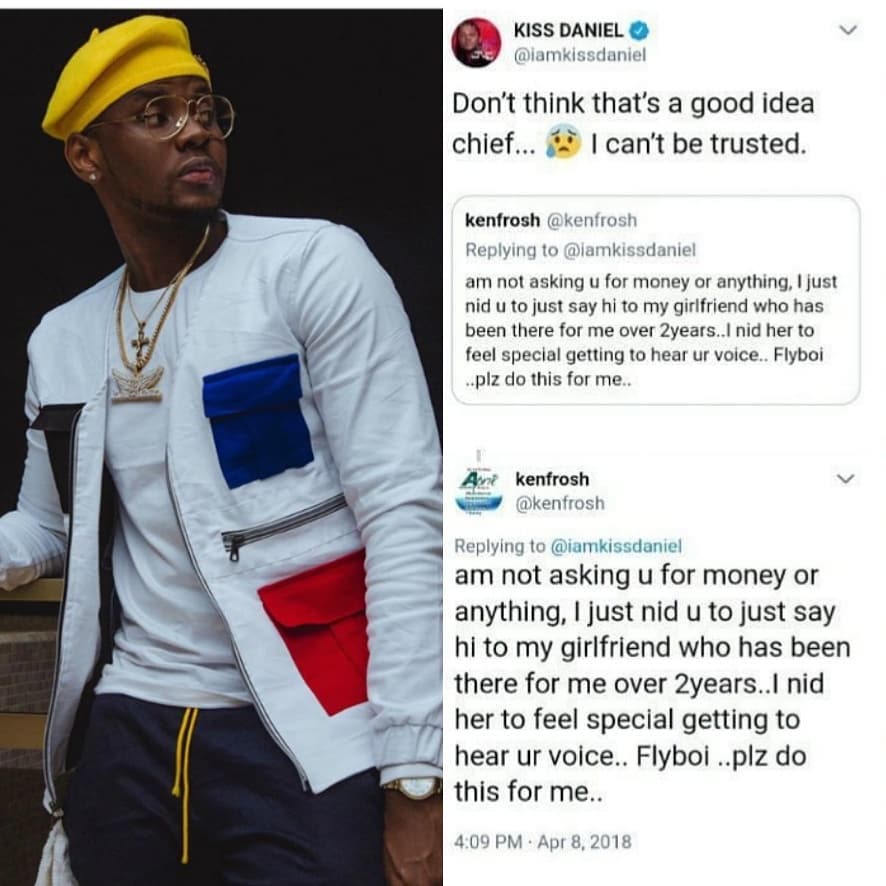 Olumide Oluwaseyi - September 1, 2017 0
Justin Bieber, 23, and Patrick Schwarzenegger, 23, were spotted as they headed for a church service in Los Angeles on Wednesday. Justin clutched his Hillsong...

Violette - August 23, 2019 0
It’s like leading people to a treasure you can not possess. Ghanaian Actor and Comedian, Funny Face has made a shocking revelation about how...

Olumide Oluwaseyi - January 14, 2016 0
Last Year We Lost a lot of Popular Film Producer,Musician and celebrities both locally and on the International Scene. This year has just been 14 days old...

Olumide Oluwaseyi - October 17, 2017 0
Cossy recently held a birthday party for herself, where she had both the kids and adult parties. The petite actress wore the outfit above for...