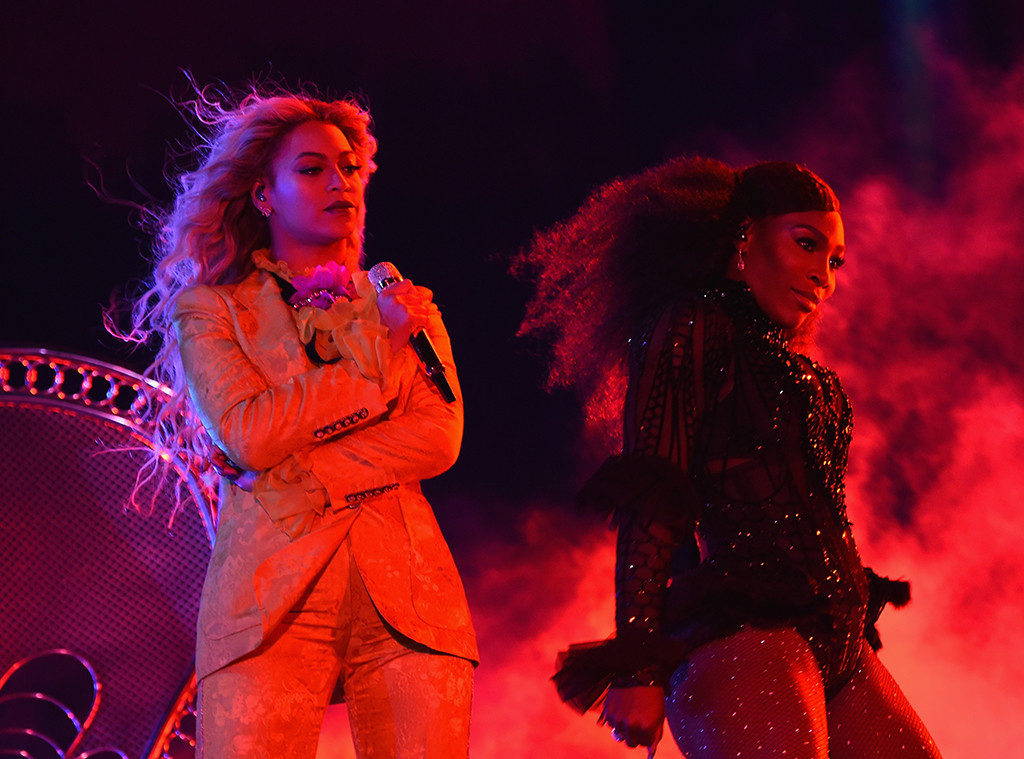 The 35-year-old Tennis player gave us a shock when she guest appeared on lemonade  Video of Beyonce’s Album, twerking and dancing along with the Queen of Hip Hop.

That was just a tip of the Ice Berg,Last Night at the Met Life Stadium where Beyonce Finished her America Formation World Tour, She shocked the Crowd by bringing the Queen of Tennis to Twerk and Dance for the Sorry Song while she performed.


SCROLL DOWN FOR VIDEO

The Crowd went into Chaos, they didn’t believe what their Eyes had just seen.

Serena Williams Might not have a Great Year on The WTA Tour This Year, as She Battled with Injuries and Won just one Grand Slam and also equaling two Legendary Record such has wining her Career 22nd Grand Slam Championship and equaling Steffi Graff of Germany as the only Third Tennis Athlete in the world to win 22 Grand Slams.

Beyonce brings out @serenawilliams for “Sorry” during the final night of #FormationWorldTour. ??? pic.twitter.com/dsKxGCnq7S

The Second Record she equaled was Nat For the Same of weeks at the Top of the WTA NO 1 ranking in Tennis History.

As many Records she Broke this Year, Serena Also Had her down  sides, as she lot two straight Grand Slam finals (the Australian Open(Kerber), French Open (Muguruza) and the US Semifinal Open(Pliskova).

She is Currently out for the remaining WTA tour for 2016 due to injury and has also lost her World No 1  ranking to Kerber after been at the top for more than 3 Years now.
READ ALSO
10 Years Of Marriage is never easy, Ntombee Mzolo says as he marks anniversary

Violette - June 26, 2018 0
The U.S. Supreme Court on Tuesday handed Donald Trump one of the biggest victories of his presidency, upholding his Muslim travel ban. Lower courts had...

creebhills - May 27, 2018 0
Actress Daniella Okeke is definitely among the female celebrities who has proven to the public that she can’t take insults or any form of...

creebhills - May 20, 2019 0
Naira Marley released on bail, allegedly, according to some reports flying across the internet. In a video circulating across social media, the rapper was spotted in...

creebhills - March 10, 2019 0
The APC Candidate , in person of Mr, Babajide Olusola Sanwo-Olu has been declared winner of the 2019 Lagos state govern ship election. According to...

#BBNaija: Erica allegedly rushed to the hospital after having a break down

Adedokun Moses - September 7, 2020 0
Disqualified housemate at the ongoing Big Brother Naija 'Lockdown' show, Erica have been allegedly rushed to the hospital after breaking down just hours after...