The Portuguese Coach who took over from the dutch coach at the end of last season has dedicated his first trophy in charge of the same team  his former boss with whom he started his coaching career with in Barcelona back in the days  and was also responsible for Man U winning the FA cup Final Last Season.

Despite his achievements, the Red Devils let go of him and hired the former real Madrid and Chelsea Manager.

“I want to dedicate this victory to eight people, Mourinho told BT Sport.

‘Seven of my players that were not selected because they weren’t but they deserved to be. They worked hard to be but I had to make changes so people like Ashley Young, [Phil] Jones, all of them not selected, this is to them. 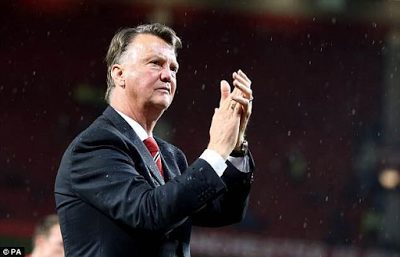 ‘And also for the person which allowed us to be here today which is Louis van Gaal because he won the FA Cup and without him we wouldn’t be here now celebrating.’ 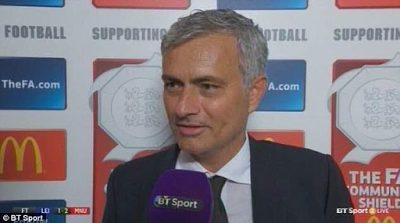 Mourinho also claimed the world record £100million arrival of Paul Pogba from Juventus is close to being completed.

‘I think so, finally,’ Mourinho added. ‘It’s amazing such a good player is with us and finally we have him and he comes to a winning side – a side that won the last two matches in the cup final and the Community Shield. So he has to work hard to come to the team.’

#IbadanSocialMediaFestival 2017 Comes Up This November

creebhills - November 2, 2017 0
On Saturday November 11, active social media users will come together under one roof to talk about the importance and the benefits of social...

Adedokun Moses - October 14, 2019 0
Reality Star, Esther is getting massive wave for her display of beauty and fashion on internet. The former big brother naija housemate, who since leaving...

Judge Asked him to leave Roc Nation and sign with her friend – Meek...

Eddie Andy - November 8, 2017 0
There has been quite an outrage online overMeek Mill’s sentencing yesterday for violation of his probation. The judge has ruled that the rapper will...

Ailing Zimbabwe’s VP will be treated by Doctors From China, India, SA & Zimbabwe

Violette - July 22, 2019 0
Zimbabwe's Presidential Spokesperson Office of the President and Cabinet, George Charamba has in a press proclamation uncovered that Vice President, Constantino Chiwenga, has left...