The CEO of the most visited social Media Network in The World is so humble that he even took part in a Marathon Race with one of his Executives who happens to be a Nigerian called Ime Archibong.

he shared a Photo of him and Ime while running on SF bridge and captioned it “Thanks Ime for pretending like we run at the same pace. Fist bump at mile 9! ‪#‎SFHalfMarathon‬” 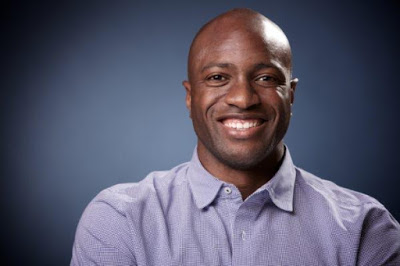 Archibong is best known as the director of product partnerships at Facebook where he leads a team working to connect the social media’s products and strategies with various business partners.

The son of Nigerian immigrants, he was raised in North Carolina and holds a Bachelor’s of Science degree in Electrical Engineering and Computer Science from Yale University and a MBA from the Stanford Graduate School of Business. 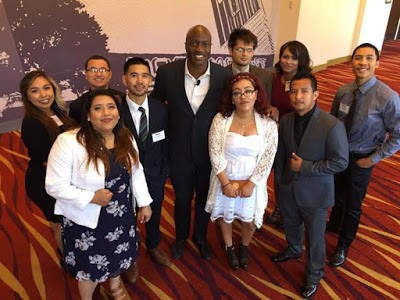 Prior to joining Facebook, Argibong worked at IBM for several years as a software engineer in Tucson, Arizona
READ ALSO
Rosaline Meurer Debunk Rumors she was responsible for Tonto Dikeh's Failed Marriage

creebhills - December 27, 2018 0
Few months ago, Toke Makinwa made news after she started flaunting her body which she enhanced during one of her trips abroad. In a series...

creebhills - September 24, 2016 0
Raised by his mother all alone after losing his father to the hands of death at a very tender age and surviving multiple sicknesses...

I Don’t Care If People Think She’s Older Or Richer Than Me –...

creebhills - January 1, 2018 0
I Don’t Care If People Think She’s Older Or Richer Than Me – Iceberg Slim On Relationship With Juliet Ibrahim “We are actually the same age...

Menzgold CEO Speaks For The First Time After Appearing In Court

Violette - August 14, 2019 0
The embattled CEO of Menzgold Nana Appiah Mensah aka NAM1 who appeared in court recently has finally spoken after almost a year of silence...

I Am The Problem of Nigeria Naira Marley rants on Twitter

Violette - October 24, 2019 0
Naira Marley who might actually go back to prison the way his court case is going takes to his Twitter handle to rant his...