There is Been a Recent turn of Event, has almost every single Gang Member Involved in the Murder of  the Late legendary Rapper Tupac Shakur has one way or the other Tasted Death or Bites The Dust.

For the Third time in a row and in the last few years gone by now, one of the gang involved in the shooting of tupac while he was in a car on his way back from Mike Tyson Fight in Vegas back in 1996 has been shot dead. 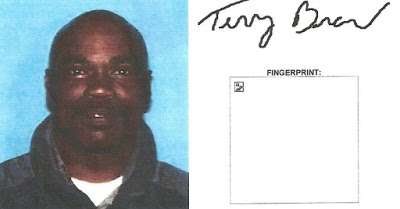 His name is Terry “Bubble Up” Shot Dead from Compton city LA.

Brown was the Driver of the Infamous White Cadillac that was used to shoot Tupac Shakur in Las Vegas on September 7, 1996.

Reports has it that he had been shot 10 times before with a Machine-pistol by a Rival gang Member. Brown however survived that incident earning him the Nick name “Lotto” unfortunately two nights ago he wasn’t that lucky.
READ ALSO
Tom Cruise finds love again in Mission Impossible 6 co-star Vanessa Kirby

What my 20-years music journey has taught me —Tuface Idibia

Reports: Chelsea Ask Milan to Cough Up £62m for Morata

Violette - July 26, 2018 0
Chelsea have told AC Milan they will have to pay up to £62m for Alvaro Morata after initial negotiations got underway on Wednesday, according...